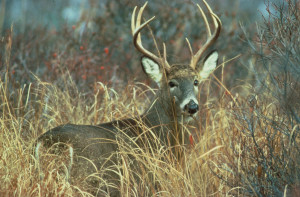 The 84th legislative session for Texas ended on June 1, 2015.  Texas legislators were active on behalf of Veterans and Veterans’ dependents.  At least 20 bills which provide immediate or future assistance to Veterans became law. The following information focuses on four new laws which affect licenses and fees paid by Veterans and, in some instances, their spouses.

“Relating to the hunting or fishing license fee waiver for certain disabled veterans.”

Previously, the disability rating threshold was 60%.

State license and examination fees are waived for:

Fee waivers apply only to applications filed on or after September 1, 2015.  The fee waivers should reduce part of the financial burden on active-duty military personnel, new Veterans, and their spouses caused by frequent moves.

“Relating to an exemption from the franchise tax and certain filing fees for certain businesses owned by veterans during an initial period of operation in the state.”

SB1049 uses the term “honorably discharged.”  If you have questions on what is included by this phrase or have questions about consumer law in Texas, you can obtain additional information.

Like SB807, SB1307 should reduce some of the financial burden and stress associated with making a living in the face of frequent moves.

If you are considering establishing a business in Texas,

contact The Law Office of Robert B. Goss, P.C.  for further information.

Did you know that Public Law 109-461 allows Veterans to hire attorneys to appeal VA benefits rulings?  The Law Office of Robert B. Goss, P.C. is one of the few VA-accredited Veteran attorney firms in the United States.  Contact https://www.attorneyforveterans.com/contact-us.html  today for your FREE consultation.