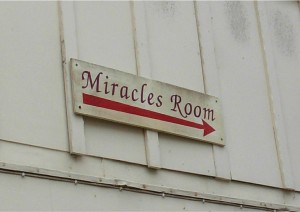 You can’t always believe what you’re told.  Unfortunately, the Department of Veterans Affairs (VA) means business when it comes to telling you their new forms are mandatory.  And the form that is probably the most harmful is the one you might need the most: VA’s Notice of Disagreement (NOD) form, called VA Form 21-0958.

Why is this form so harmful?  First, because it is a trick.  It is designed to get you to eliminate most of the reasons you are challenging VA’s refusals.  Second, and even more insidious, the NOD form may not even be legal.  But right now, VA is forcing you to use it.

VA itself acknowledges that an NOD is purely a notice by the Veteran that the Veteran disagrees with VA’s refusal.  As you can see in the linked 2003 memo written by one of VA’s own lawyers, VA knows an NOD can even raise issues not mentioned in VA’s denial letter.

If VA Form 21-0958 is possibly illegal, what is being done?  Fortunately, the National Organization of Veterans’ Advocates (NOVA) has already filed a challenge with the U.S. Court of Appeals for the Federal Circuit.  The challenge hearing is scheduled for October 8, 2015 in Boston, MA.  Kenneth M. Carpenter will present NOVA’s arguments on behalf of Veterans.  Robert B. Goss, a member of NOVA’s Board of Directors, assisted in preparing the petition.

Why does VA think it can get away with narrowing Veterans’ rights via a huge “in your face” action to Congress?  No one knows the mind of VA, but it is likely VA believes it can bamboozle everyone by repeatedly asserting that electronic forms are more efficient.  All true.  You use the form, you get cheated out of a large percentage of your claim, VA does a fraction of the work, and it’s all done quickly.

It’s that second part – where you get cheated out of a large percentage of your claim – that makes the current mandatory VA Form 21-0958 a problem.  Unhappily, many people who do not have to file claims with VA have never looked at VA’s Form 21-0958.  If they did, they’d realize it’s a lot like the forms renters have to fill out.  You know how that works.  The landlord won’t mention any problems…and if you don’t raise them, too bad so sad.  Congress certainly didn’t intend this result, namely, that VA gets to take the fight to the Veteran and make Veterans have to explicitly complain about the black mold, the leaking roof, the lack of heat or air, the broken windows.  But, that’s exactly what VA Form 21-0958 requires.  And, if you don’t mention every single item of disagreement – with specificity – guess what?  You’ll never be able to raise that issue again!

It’s a real specialty, to make claims and your money disappear, so please give VA appropriate credit.  But, if you’ve already submitted your NOD on VA Form 21-0958 and are concerned you may have missed something, contact The Law Office of Robert B. Goss, P.C. at: https://www.attorneyforveterans.com/contact-us.html