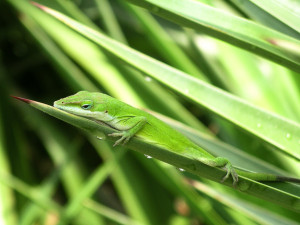 VA is even better at hiding your benefits!

The Department of Veterans Affairs (VA) is apparently more busy than credit-card companies and more important than our nation’s courts.  Unlike other public and private entities who let you challenge their actions by writing to them in your own words, using your own e-mail or stationery, VA now requires you to use a specific form.   Especially maddening is the fact that VA requires that you use a specific form to file a Notice of Disagreement, or NOD.  Remember in kindergarten when someone was mad at you and said “I can’t hear you!”  The mandatory use of forms seems like VA’s special way of saying “I can’t hear you!”

The new requirement for using standard forms went into effect on March 24, 2015.  The NOD form is called VA 21-0958.  VA 21-9058 is now the only way VA will accept an NOD.  For people who don’t feel comfortable using computers or the Internet, VA Form 21-0958 can be quite difficult to use.  Also, the space provided to explain your disagreement is tiny and certainly does not lend itself to anyone who prefers to hand-write an explanation.

Now, one thing you might think when you are filling out the NOD form is “This is my opportunity to explain to VA precisely why I believe their decision was incorrect.”  Normally, that’s what you would do if you were, say, explaining to an insurance company why you thought their denial of your claim was wrongly made.  This being the VA’s world we’re dealing with, your normal instinct to describe – with some precision – exactly where and why VA went wrong may only hurt you!!   Here’s why.

VA states that you have to use the VA Form 21-0958 if you disagree with a decision issued by your Regional Office (RO) about your disability compensation claim.   The requirement to use VA Form 21-0958 includes any disagreement with:

Here’s the kicker.  Only those issues that you list on the VA Form 21-0958 will be considered on appeal.  If you don’t list an issue on the NOD form, VA won’t consider it.  And, you only have one year from the date of the decision notification letter to file an appeal.  So, if you miss an issue and don’t realize it until eleven months have passed, it might be too late to fill out another VA Form 21-0958.  What does this mean?  It means it might be better to be more general about your disagreement – because that way you won’t miss an issue.

Obviously, VA’s form doesn’t want you to be able to simply state “I disagree with the denial letter of April 1, 2015 and intend to file an appeal.”   The form tries to push you to be very specific.  You will see that Section 10 of VA Form 21-0958 has three columns.

All makes sense, right?  Unfortunately, while it is completely counter-intuitive, getting too specific on the form might actually hurt your chances of receiving all the benefits to which you are entitled.   How’s that, you ask?  Well, may VA assert that the wording you use on the NOD form doesn’t cover an aspect of your appeal.  What this means is, if you don’t use a precise term, phrase, or reference, VA can use that omission – even if anyone else understands what you mean – to kick out your appeal.

Don’t be tricked.  It’s always good to get some advice about the best way to complete Section 10 of VA’s Form 21-0958 to make sure you preserve all of your issues for appeal.  In fact, the National Organization of Veterans’ Advocates (NOVA) is challenging VA’s NOD form in court.   Since VA’s requirements may not, in fact, be permissible, seek assistance early to make sure your NOD is both timely filed…and doesn’t end up inadvertently prejudicing your challenge!

If you have any questions regarding NODs, other VA forms, or VA benefits, please contact The Law Office of Robert B. Goss, P.C. at:  https://www.attorneyforveterans.com/contact-us.html